How are Mobile Payments Changing?

Did the bank offers seem too lucrative to ignore, and you ended up with a card too many? There was a time when your wallets were overloaded, not with cash but with different credit and debit cards. Well, thankfully, that isn’t the case anymore today.

While credit and debit cards will always come in handy, you needn’t have any credit or debit card physically with you to make purchases today. Come to the age of mobile payments. All you need is an app like the Loop to help you buy what you want.

We will go beyond Google Pay or Apple Pay here, and look at the other forms of mobile payment solutions.

Loop, an app, helps you simplify and organize all your cards with your phone. The working is simple. You just scan your cards, and all details are entered into Loop. Unlike your physical wallet, the mobile wallet doesn’t get fatter with you entering more card numbers (which can include payment, IDs, and loyalty and membership cards as well) – instead, it helps you shop from over 90% of retailers with ease.

And Loop doesn’t only work when you purchase online.

Let’s say you go to a restaurant and want to pay your bill with Loop. Loop has a small audio jack connected device called the Loop Fob that stores all details encrypted in a secure memory module within. The microprocessor and magnetic induction loop will help transmit the card data to the merchant’s card reader. You just order Loop to pay, and you are done! 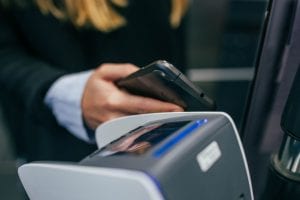 It’s not only Loop we are talking about.

There are a number of other apps being introduced that aims to do the same. Take the case of Coins, for example. Coins help you store all your cards in one place to help you make transactions quicker without carrying all cards individually.

Coins work in a similar way to how Loop does. A connected device, Coins work with different cards like debit cards and loyalty cards. You can add in and sync cards easily with Coins’ mobile app. The card details are encrypted onto the Coin and it’s a simple and fast process. You just take a picture of your card or swipe your card through a small device provided by the company.

The question that you can ask is, what does the retail location or smartphone apps need to do to integrate these tech innovations? 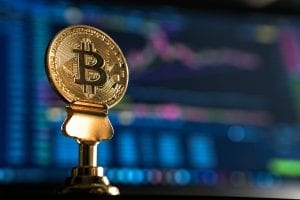 Well, Coins state that the devices will work across all places in the U.S while Loop says over 90% of retailers will accept payments by them. While that seems a healthy number, the question is, how do we integrate more technologies like accepting Bitcoin payments?

Yes, both Loop and Coins deal with real cards and money. However, Nio Card is one of those that is made to receive and accept Bitcoins. Bitcoins are a form of digital currency, and although it has been at the end of some fair criticism, it continues to grow.

That’s the reason an ingenuine idea like the Nio Card took birth. It aims to make people pay with Bitcoins easily. As many vendors who support Bitcoins transactions put it, the number of benefits using Bitcoins is huge. For one, you do not need to pay international bank charges while dealing with Bitcoins.

Nio card is a Bluetooth smart card that uses NFC technology to make payments – and is reportedly the first smartcard of this type in the world.

This brings us to the question, how much do you need from an app with the changing mobile payment scenario?

Smartcards like nio Cards offer more than just payment satisfaction. For one, it is far more secure than a normal credit card because it works when it is in the normal range with your phone. No one can use it once the card goes out of the range. You can also use nio Tags to track toddlers and children to ensure they don’t stray afar. Just pin it to their belts.

How To Use White Spaces In Web Designing

Why Typography Is Important In Web Designing

How Metaverse Is Shaping The Future Of Influencer Marketing